How do Drugs affect Driving?

Alcohol is not the only drug that can affect your ability to drive safely. Many illicit drugs create effects that impair your senses, making it difficult to drive. Some common prescription drugs or over the counter drugs may make you drowsy and make it dangerous for you to drive. Even medicines prescribed to you by your physician or purchased over the counter can make you dangerous behind the wheel. Different drugs affect the body differently, but while certain drugs may not make you feel drowsy, they will still impair you in other ways. It’s also important to note that our bodies will react differently to drugs as we mature due to the physical changes that take place.

In 2015, 27.1 million people aged 12 or older used an illicit drug in the past 30 days which is equal to 10.1% of the American population. This is concentrated in marijuana use (22.2 million) and prescription pain relievers (3.8 million). The number of marijuana users has increased significantly compared to the 2002 to 2013 levels. This is because of increases in marijuana use among adults 26 or older. Prescription drug misuse is defined as misuse in any way not directed by a doctor including use without a prescription, in greater amounts, more often or longer than told to take a drug or use in any other way not directed by a doctor. Other common illegal drugs include heroin, cocaine, crack, hallucinogen, inhalant, and methamphetamine.

People often take more than one medicine at a time. The combination of different medicines can cause problems for some people. The more medicines you use, the greater your risk that your medicines will affect your ability to drive safely. To help avoid problems, it is important that at least once a year you talk to your doctor, nurse, or pharmacist about all the medicines – both prescription and over-the-counter – you are using. 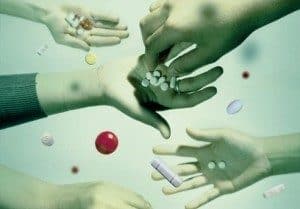 Hallucinogens or dissociative drugs include a number of natural and man-made substances for altering mood, sensory awareness and perception. Some examples of hallucinogens include lysergic acid diethylamide (LSD), marijuana and phencyclidine (PCP). Hallucinogens provide a sense of perception not based on reality through the 5 senses: sight, hearing, taste, touch, and smell. Many people feel out of this world or encountering the spiritual world when they take Hallucinogens. This will affect your ability to drive because visual perception becomes distorted making it very difficult to judge distance and speed.

Opioid is a broad term that refers to a drug that responds to a body’s opioid receptors. Opioids include natural and synthetic drugs and produce side effects such as numbing pain and creating a sensation of relaxation and euphoria in the body. This is also classified as Narcotics and will impair a driver’s judgment and concentration on driving. These are powerful drugs that reduce pain in critical and life-threatening injuries but it can be very addictive and will affect a person’s judgment while driving.

Stimulants will speed up a body’s basic functions and produce bursts of energy. Stimulants can be both prescription and illegal and very addictive. It can be very hard to stop using stimulants and the long-term associated effects are hard to recover from. Examples of stimulants include cocaine, amphetamines, methamphetamines, diet pills and caffeine. Drivers who use stimulants are likely to misjudge speed and stopping distances on the road. They gain a false sense of confidence, leading to increased risk-taking behaviors. Concentration is more difficult.

Depressants slow the central nervous system and the brain. The effects include a sense of relaxation and calming the body and mind. Examples include barbiturates, Rohypnol and gamma-hydroxybutyrate (GHB). Marijuana is classified as a hallucinogen but in smaller amounts, it acts as a depressant. Depressants may cause drowsiness, paranoia, disorientation, loss of coordination, slowed reflexes, and concentration difficulties, which can all have an adverse effect on driving.

Safe Levels of Drug Use

There are no safe levels of drug use. All intake of drugs will affect your ability to drive. If you want to use drugs, take a taxi or ask a friend to drive you. If you are being prescribed any drugs, tell your doctor if you also take illegal ones so that the combination effects can be minimized.